Here in Australia, pokies are a well-loved past time. Pokies, or slots, are those fun game machines that you find in casinos, pubs and clubs all around Australia. Aussie pokies are generally the same as what you find in other countries, since they are all developed by a few leading international companies. This makes it easy to play pokies anywhere in the world, because you do not have to learn a new set of rules for each game.

At the same time, you will find a lot of uniquely Australian games that have become popular here as well. We have some of the best pokies in the world here in Australia, which give you the chance to win thousands, even millions of dollars with a single spin! 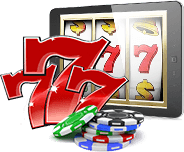 In order to play pokies, you need to know how they work. Pokies consist of a number of circular reels that have symbols on them such as fruit, card suits, or images relating to the theme of the game. For example, an Egyptian themed slots game might have pyramids, scarab beetles or Cleopatra symbols.

To play, you spin the reels and wait for them to land. When they stop spinning, you win cash based on the number of identical symbols that you line up on the reels. Usually they have to be lined up from left to right, and three or more symbols wins you a cash prize. The more symbols you line up, the bigger the prize. Pokies in recent years have gotten a lot more complex, but this is the basic operation of the game.

Many Choices To Make

There are a lot of different types of pokies to choose from when you start to play. First of all, you have classic pokies, or the live machines that you find in casinos and pubs. You generally find these anywhere that gambling is allowed, in the same places that you would see video poker and other gambling machines.

Next, you have online pokies. Online slots take these same games and make them available on your home computer any time you want to play. You can even play from a smart phone or tablet. The basic operation of the game is the same as in person slots machines.

Multipayline pokies give you way more chances to win than the mechanical slot machines of years past. Instead of lining up symbols from left to right in a straight line, you have multiple ways to win, sometimes up to 100 or more in a single game.

Another distinction is the type of jackpot a pokies game offers. Classic pokies have a fixed jackpot, for example they may offer a $50,000 prize if you line up five bonus symbols. Progressive jackpot pokies grow in value each time someone plays the game. If you are playing a progressive jackpot game at the same time as 100,000 other players, each time any of those players spins the reels, the jackpot gets bigger until someone wins.

No matter what kind of pokies you play, you have the opportunity to win big! Read on to learn more about how to win the max amount when playing pokies in Australia.

Online pokies and live slot machines have a lot of things in common – After all, they were developed from the same basic rules. Still, there are a few important distinctions that can be made, which will affect your choice of a game to play. Land based slot machines appear only in places where it is legal to have gambling machines, and you must travel to the machine in order to play. In Australia this includes casinos as well as some pubs and clubs. Usually casinos have the best selection, while pubs may only have one or two to choose from.

Online pokies, on the other hand are available straight from your computer or smart phone, so you can choose from hundreds of games at any time of day. You have the convenience of playing from anywhere, as long as you have an internet or wireless connection.

Online games are connected to more people around the globe, so you will also see progressive jackpots reach much higher levels than land based pokies. You also get to choose your gaming environment, with no alcohol or other distractions if you do not want them.

As you can see, online pokies have clearly revolutionized the industry, not only in Australia but worldwide. Pokies used to be just a way to spend the time when you are at a pub or casino, but now they have become so widely available that people can play whenever and wherever they want. As a result, this industry has grown to massive proportions and it is still growing every single day.

The number of games to choose from is staggering, with hundreds of titles available at online casinos and pokies sites. You can find games relating to just about every theme under the sun, from popular movies to historical themes, cultural themes and classic themes like fruit slots. Since going online, pokies have become one of the most popular forms of online gambling. It is easy to see why – they require almost no skill to play and they never get boring because every single spin gives you an equal chance to win!

What You Need To Know To Play Online Pokies

Although it is true that pokies are largely a game of chance, not skill, there are still some basic things you need to know in order to succeed. Understanding the rules of the game and basic betting strategy can have a big effect on how much you end up winning.

Unlike classic mechanical pokies, online pokies are controlled by random number generators. This software uses mathematical algorithms to come up with random numbers, which determines the line-up of symbols on the reels after you spin.

Random number generators are the backbone of modern pokies. They are extremely fair and balanced, because gambling companies must go through governmental licensing as well as third party certification in order to put a pokies game on the market. These processes ensure that the numbers generated are truly random, and there is no unfair house edge to the game.

Payout percentages are an important factor to consider when choosing pokies to play. By understanding payout percentages you can choose which games are the most favourable to players in terms of how much money can be won.

One of the most common worries that new pokies players have is for their safety. Before you gamble online, you want to know that your personal data will be secure, as well as your financial information like credit card numbers and bank account data. We are here to tell you that yes, pokies are extremely safe when you play at a reputable site.

Of course there are scams out there, but it is easy to pick sites that are well known and have a good reputation. Look at customer reviews, third party certification, and our list of the top pokies sites in Australia to find reputable games. Online casinos take security very seriously, with ID verification and firewalls in place to protect your data. Third party certification ensures that online casinos have proper measures in place to keep you safe while you play.

Blackberry pokies are very popular, and there are a host of different sites and games to choose from. Most online casinos have got software that makes Blackberry-play possible, so just look for the app and get playing!