A Guide To The Best Mega Moolah Pokies Sites

When it comes to online pokies, Mega Moolah still comes out top in popularity among Aussies. It's easy to play, you can gamble for just a few bucks, and there are four massive progressive jackpots attached.

Microgaming's popular pokie can be enjoyed for real money by Australian players at hundreds of casino websites. Luckily, our top team has found the best places to gamble on the net in 2021. With a simple AU deposit you can claim a superb welcome bonus and start spinning those Mega Moolah reels in seconds. 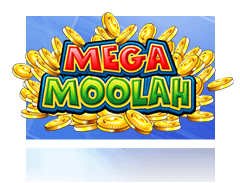 What Is Mega Moolah?

Known as "The Millionaire Maker", Mega Moolah is a popular pokie from Microgaming with a massive jackpot up for grabs.

Over the years, Mega Moolah has dished out millions in winnings to its players. Some have taken down individual prizes worth well over $10 million. Only in 2016, one lucky winner bagged $11.6 million playing the game online.

Mega Moolah forms part of a group of Microgaming slots known as 'Mega Jackpots'. Progressive prizepools are linked between all the games at online casinos where they are offered. Other titles in the group include the branded Hollywood-themed pokie, The Dark Knight.

How To Play The Mega Moolah Pokie

"Over the years, Mega Moolah has dished out millions in winnings to its players. Some have taken down individual prizes worth well over $10 million."

Even if you're new to pokies, Mega Moolah is simple to play. The game is played over five reels and there are 25 paylines available to bet on. The pokie has an African safari theme, featuring symbols like lions, zebras, and antelopes.

"Scatters" pay out wherever they land, and three on the screen triggers a "Free Spins" bonus round for players. However, it's the game's progressive which sets Mega Moolah pokies apart from the rest. 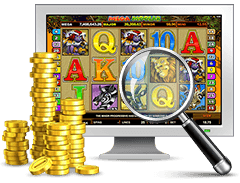 The aim of the Wheel of Fortune is to spin it and line up special winning arrows. Do that and a life-changing AU real-cash jackpot is yours.

Understanding The Best Bets And Payouts

As in all pokies, Mega Moolah allows bets starting as low as $0.01. However, like most progressives, you'll need to bet the largest stake on each spin to have a chance of the biggest jackpot. In Mega Moolah, online pokies players will have to stake around $6.25 per spin to qualify for the best Prize Wheel round.

If progressives aren't your thing, Mega Moolah still offers plenty for online gambling nuts. Australian players can trigger the free spins round and earn a small jackpot that way. The pokie also has a fairly high RTP% (Return to Player percentage) meaning that most of the money put in is paid back to players over the long term.

If you're into Mega Moolah pokies online, we have the best sites for Australians. All of our expert picks come packed with great Microgaming titles for download or instant-play. You can even make a real-cash deposit in AUD using Australian banking favourites like VISA, Mastercard, or POLi.

And when you sign up, you'll be able to access a good welcome bonus. Just load up, start spinning those reels, and turn your pokies online gambling into tonnes of real cash.

Where Can I Enjoy Mega Moolah Online?

Mega Moolah online pokies can be found at most internet casinos that offer Microgaming software.

Is The Pokie Popular In Australia?

Yes. Aussie pokies players love their progressive jackpots, and Mega Moolah is one of the biggest found online in 2021.

How Much Is It Possible To Win By Playing The Game?

Online casino players have won millions in recent years playing Mega Moolah. The game's biggest jackpot seeds at $1 million but the world record stands at over $17 million. The pokie also has three other smaller progressives, starting at $10 minimum.

What Other Progressive Games Are Popular?

Mega Moolah forms part of a group of 'Mega Jackpots' games, including titles such as Mega Moolah Isis and The Dark Knight. Players can win the same big progressive jackpot playing any of these popular pokies online in 2021.

Mega Moolah pokies are made by Microgaming, an internet gambling company that has nearly two decades of experience.

Is Mega Moolah Tested And Safe To Play?

Yes. Like all Microgaming pokies, Mega Moolah is audited and certified by an external testing body. That means the RNG (Random Number Generator) governing the pokie software is totally random. The triggering of the Jackpot Wheel is also random and fair.

This is an online payment system accepted by thousands of online casinos. With an account, all payment details are in one place and it accepts over 40 currencies. It is easy to move casino winnings to and from your bank account, and is a secure way to pay.

Check the payout speed of your chosen sites. Read customer reviews, read the terms and conditions. Nowadays there are so many pokie sites with speedy payouts that you really don't need the hassle of a site that makes you wait days on end.

Neteller is a way of paying for online casinos without handing over your personal and financial details. It is one of the biggest money transfer services available and is popular because it is simple to make payments and money can be transferred anonymously.