Here, in no particular order, are our Top 10 Tips for online pokie players. Follow the advice here and you’ll go a long way towards maximizing your chances of making some money and having a great time as you play the online pokie games. 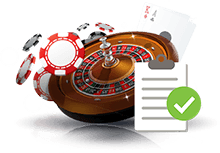 Just about every game you’ll find is going to have a ‘practice mode’, which allows to enjoy free pokies online with no risk. Play the game you’re interested in for a few minutes on this mode before you switch over to real money; it’s a great way to guarantee that the game will hold your interest.

One of the great things about playing pokies online is how easy it is to switch games. Don’t fall into the trap of assuming that a game is ‘due to hit’, or that your luck is bound to turn in a particular game. While most online pokies payback at somewhere between 95 to 97 percent, there are some stinkers out there that pay back less, and some that pack back even more. By switching gears when things aren’t working out you’ll maximize your chances of finding your way into a loose game.

3: Consider playing two games at once:

This is really an extension of tip #2: By playing multiple games at once, you’re going to shorten the learning curve and figure out more quickly which games are worth playing and which ones should be avoided. One piece of advice here: If you do play two (or more) games at once, don’t play on two different software packages at the same time. Doing this, in our experience, can cause the games to ‘gum up’ and slow down the game play.

4: Don’t automatically jump in to the largest progressive:

Often, though not always, as we’ll explain in a minute, the games with the biggest progressive jackpots are going to attract players who aren’t all that concerned with the size of the house edge. As a result, many of these games have lower than average payback percentages. Also, keep in mind that a percentage of each one of your wagers is going to feed the progressive, which means you’re essentially helping build a jackpot for the next guy (unless, of course, you’re lucky enough to hit it).However, with that being said…

5: Keep an eye on the progressives.

This is an example of how it can really pay to keep your play restricted to just a couple of casinos. By doing so, you’ll be able to keep an eye on the progressives, and you’ll be in a position to jump in when you see a progressive jackpot whose value is much higher than its usual amount. All progressives are going to occasionally get really juicy, and when they do you want to make sure you’re there to try and hit it. Our advice here is to always take a look at the progressives when you log in, and make a note of their dollar value. After five or ten visits you’ll have a good idea of their average payout, which means you’ll know to get in there are go for it when they progressive climbs to well over its average value.

Everybody has a favourite type of game, be it progressives, traditionals, or bonus games. There’s nothing wrong with having a go-to game, but it’s always a good idea to be prepared to try something new, particularly when the casino rolls out a new game. Often a casino will offer a generous payback when it rolls out a new game as a way to try and generate some excitement, so it’s worth giving these new games a shot, even if the format isn’t exactly up your alley.

Games with all kinds of bells and whistles can be a lot of fun, but these games don’t allow for as many spins an hour, and since the casino isn’t making money when the game isn’t spinning, they’re going to lower the payback on the games that play more slowly.

8: Keep your ear tuned to forums and chat boards:

It’s amazing how much you can learn just by reading what other players have to say. When you see a consensus forming about a certain game there’s a good chance that there’s something valuable driving these opinions. Thus, if you see a lot of players declaring that a particular game is good (or bad), it’s often a wise idea to heed that advice.

9: Look after your money:

Playing online pokies should be an enjoyable pastime, but if you’re playing with money that you can’t afford to lose it’s not going to be fun, it’s going to be stressful. Try to set aside money for pokie play that’s completely separate from the money you use to pay rent or bills, and when playing make sure the amount you’re betting on each spin is sensible. If you’re playing with $5 and betting max on each spin, you’re likely to go broke pretty quickly.

We wish there was a hard and fast system that we could give you to help improve your pokies play, but the truth is that there isn’t really any system or mathematical strategy that can beat the game. The best advice we can offer is have fun and GET LUCKY!

If you are looking to take a break and pick up some interesting facts then look no further. You can learn the facts and separate them from the fiction. Do pokie machines pay out at different times of the day? Does putting in more money reduce your chances?

how do pokies work

how do pokies work

Pokie spins are always completely random, so you don't have a better or worse chance depending on past wins or how often you play. The amount of wins possible is mathematically calculated, but there is no way of knowing when these wins will occur.

Neteller is a way of paying for online casinos without handing over your personal and financial details. It is one of the biggest money transfer services available and is popular because it is simple to make payments and money can be transferred anonymously.