A Guide To Online Pokies Tournaments

Most online casinos aimed at pokies players offer some kind of tournament. Rather than trying to beat the house, you are taking on your fellow casino gamblers to win some prize cash.

Pokies tournaments can run daily, weekly, or at special periods, and the range of prizes can be huge. It's not uncommon for casinos to offer cars, holidays and thousand-dollar cash prizes to winning pokie tournament players.

Tournaments vary, but all require some gambling on the big and popular titles. Players will usually be required to bet their own bankroll as well. 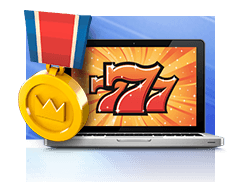 Most online casinos in Australia offer some kind of poker machine tournament. All of them give players the chance to a share of cash or a big prize.

Tournaments are great as they pit players against one another, rather like in a poker tournament. The aim is to make more money than your opponents over the given timeframe. Best of all, they give you the chance to try out one of the new releases on the market.

Here are some popular tournament variants:

In these tournaments, players have a week to make the most "winnings" by playing a set pokie or pokies. Here's the catch: players must hit 25 consecutive wins to reach the leaderboard. Whoever makes the most money from their best 25 wins in a row takes the biggest prize.

Generally, there will be a guaranteed prizepool (say, $3000-4000), with players having to bet a minimum amount per spin. The top 20-30 players will share out the prizepool cash. Players tying for the same spot will usually be divided by who played the most rounds or the highest stakes.

Go For the Biggest Win

Here's a simpler type of pokies tournament: just play 10-20 games and make the most amount of cash you can. You might have a week to play or a set number of spins. And there may not even be a top limit to the size of the coin bet. All winning spins will contribute to your total sum, even bonus features.

This is one for the big gamblers but prizes can be huge. It's not uncommon to find prizes like holidays and cars in these types of tournament. As with 'consecutive spins' tournaments, a leaderboard shows the players' progress as the promotion continues.

Some mobile-friendly casinos have a new twist on pokies tournaments: Reel Races.

Reel Races work like mini-tournaments that run every 30 minutes throughout the day. Players have to collect as many successful wins (small, big and MEGA) before the 30-minute clock runs down. Whoever is in the lead after 30 minutes wins a share of the prizepool.

You don't always have to spend cash in a pokies tournament. Freerolls offer players free entry into competitions where a small amount of cash is given out to the top 10 players on a given pokie. Sometimes there will be a condition to entry like making a deposit in the past month. Freerolls can run daily or weekly.

Before entering an online tournament, make sure you know what is involved. Most tournaments are based around a single pokie. And while it's a level playing field for all players, some pokies are better than others for making wins. 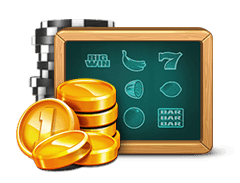 Check the pokie that has to be played in the tournament. If it's a modern video pokie it will have lots of bonus features. Trigger those and you can earn some big wins. Of course, so can everyone else. But if it's a fairly high-variance pokie, it means those lucrative bonus rounds won't trigger all that often. If you play and find yourself hitting three or four bonus rounds on a high-variance game, you're probably in a good position to attack that leaderboard.

Watch Out For Wagering Requirements:

Most online tournaments reward players straight after a competition has ended. Watch out for bonuses where any winnings have to be wagered, however.

A wagering, or 'rollover' requirement is the amount a player has to bet his total winnings in order to have them released. For example, if you win $500 in a pokies tournament but the wagering requirement is 10x, you would have to gamble that $500 ten times in order to release the money.

Have The Right Bankroll:

In a typical pokies tournament, players will have to gamble with their own cash. And in a tourney that only pays out if you hit 25 consecutive wins or the BIGGEST win possible, a large bankroll may be required.

It's pointless, therefore, to enter a tournament with $10 in your account where the minimum bet requirement is $0.25 per spin. If you're serious about a pokies tournament, build up a roll first on low-variance games and take shot. Most importantly, enjoy yourself!

For those who have limited internet access, playing casinos offline could be a fun option. You simply need to download the software and then you can play whenever you want. Read below for our pick of the best offline casinos.

Aristocrat Gaming is a gambling company that is renowned for its famous pokie games, such as Queen of the Nile and Where's the Gold. It is the top provider of pokie machines to casinos all over Australia, and fortunately its games can be found online too.