When you play pokies online, every spin of the reels is governed by software which keeps the games random and fair. These programs are called Random Number Generators.

When the reels spin, their finishing position has already been predetermined as soon as you hit the 'Spin' button.

'RNGs' are programmed to be totally random, but the outcome of a pokie spin also depends upon many factors: the number of bonus symbols, the layout of symbols on the reels, and the way the RNG works. 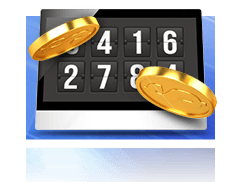 How Do RNGs Work Online?

Each online pokie is made up of reels containing symbols. A five-reel pokie may feature reels including up to 30 different symbols.

When you hit the 'Spin' button, the reels spin and stop at random on a symbol. But when you spin the reels an algorithm kicks into action. The computer picks numbers from the RNG and applies an algorithm to arrive at a number. That number then corresponds to a place on the reel. The action is performed for Reel 2, Reel, 3 and so on.

On the next spin, the process begins all over again. Each reel is independent to every other reel, so every spin is unique. 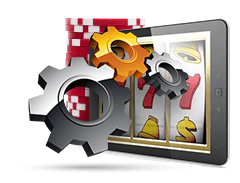 Players' safety is paramount, so it's important that RNGs are totally fair every time a pokie is spun. To ensure fairness, software companies and casinos employ independent auditing labs. Established firms like eCOGRA (e-Commerce and Online Gaming Regulation and Assurance) conduct tests on all games regularly. Usually, licensing bodies will have accredited agencies working on their behalf. If a casino doesn't have a successful testing certificate, it won't be able to operate.

Tests include thorough examinations of the RNG algorithms, with games being put through their paces. Testing bodies also ensure that casinos' marketing campaigns adhere to expected practices. Payouts are also tested to make sure players are getting the right winnings.

eCOGRA (e-Commerce and Online Gaming Regulation and Assurance - http://www.ecogra.org/): eCOGRA is based in the UK and has been testing gambling sites since 2003. Its own set of regulations called eGAP (Generally Accepted Practices) it almost sets the rules with how other testing bodies should operate.

Many of the world's leading gambling jurisdictions support eCOGRA, like Alderney, the UK, and Gibraltar. Look at the pokies site homepage and you will see the eCOGRA logo. Some casinos even let you read the results of eCOGRA's tests (including tested RTPs on games).

TST/GLI (http://www.tstglobal.com/services/systems-security/): TST Global forms part of the GLI Company and has built up a long reputation for offering tests to online and land-based gambling companies. As well as RNG evaluations, TST also performs tests on game maths and verifies payouts for a range of casino games. Online poker and sportsbook tests also form part of TST's remit.

Assessing The RTPs of Online Pokies 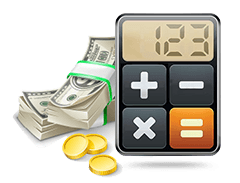 Of course, every pokie is different. If it has Wilds and Scatters, how generous are the designers in packing their reels with bonus icons?

While every pokie has random outcomes, they don't have equal payouts. Because of the layout of symbols and frequency of bonus icons, the RTP (Return to Player percentage) can vary hugely from game to game.

Always look to the games' paytables for RTPs. They will normally be displayed there (or the online casino may have a list of all their RTPs). Essentially, RTPs are the long-term returns over a long term. An RTP of 95 percent, for example, would return $95 to players for every $100 wagered. Paytables will also list the value of jackpots and minimum payouts for hitting 2-3 symbols. This way you can judge whether a game is worth playing.

For those who have limited internet access, playing casinos offline could be a fun option. You simply need to download the software and then you can play whenever you want. Read below for our pick of the best offline casinos.

Aristocrat Gaming is a gambling company that is renowned for its famous pokie games, such as Queen of the Nile and Where's the Gold. It is the top provider of pokie machines to casinos all over Australia, and fortunately its games can be found online too.