Whether you are a fan of well-made pokies, or of all that is Marvel, this game will have something for you. Fantastic Four offers you full freedom over the amount you bet on each payline, and its progressive jackpot could get you up to a million dollars! 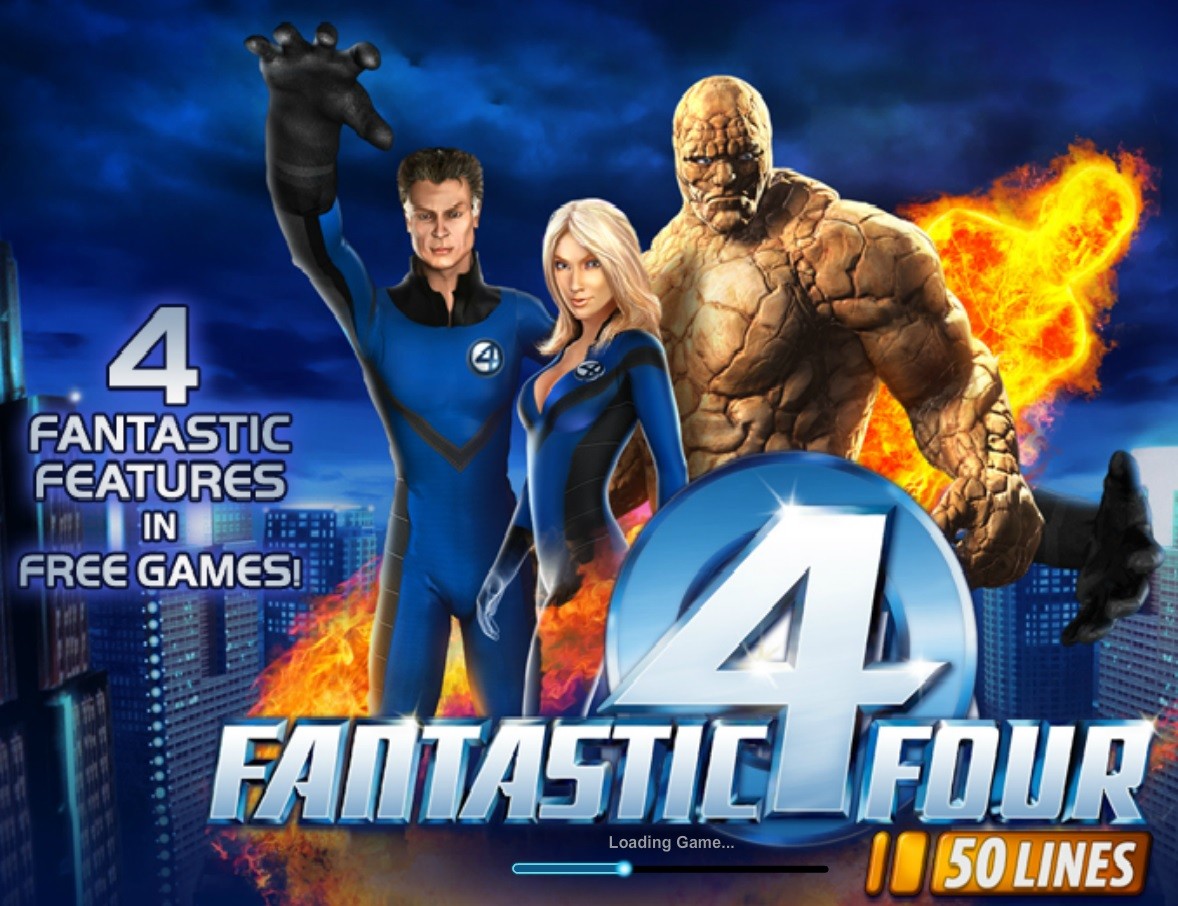 Considering every single one we have reviewed has been worthwhile, we’ve come to expect a certain level of quality when it comes to Playtech’s Marvel line of pokies. And their Fantastic Four slot is no exception, as it carries a strong F4 theme throughout that more than stays true to the popular series.

Perhaps more importantly however, the pokie is a lucrative one that awarded many of those doing our Fantastic Four online pokies review with some big real cash prizes. With the large amount of free spins it doles out, as well as access to Marvel’s Multi-Level Mystery Progressive Jackpot, we became confident during our review of Fantastic Four that fans of the series--and all fans of great pokies--will enjoy this slot.

While the action (when it happens) becomes a little predictable, we still gave high scores to Playtech’s Fantastic Four pokie across all categories for its great theme execution and lucrative payouts.

The features in this Playtech slot aren’t quite as exciting as the Fantastic Four films, but considering what they can pay out it might be a better investment than an expensive cinema ticket. Every person part of our review of Fantastic Four found plenty they loved about this pokie:

A theme with video-game quality, an unbelievable progressive jackpot, stunningly easy software that runs like a dream & excellent mobile device compatibility all combine into something beautiful.

Fantastic Four’s betting options should appeal to both those that have four or four million dollars to spare. The coin range lies from .01 to 2.00, and you have the option to play as many of the 20 total paylines as you want. Betting .01 on one payline (not recommended) makes the minimum you must play .10 and maxing out your bet has you spending 400 per spin.

The highest paying symbol here is the Fantastic Four wild logo, at an amazing 10,000 for five of a kind. F4’s base symbols are the Fantastic Four themselves, Mr. Fantastic, the Invisible Woman, the Human Torch, and The Thing, which all pay out between 750 and 2000 for five of a kind. Each of these characters also has their own mini-feature, which we go into detail on in the next section of our Fantastic Four online pokies review. To fill out the rest of the reel space, there are also 9, 10, J ,Q, K, and A symbols that pay out a little less when they appear three or more times.

The game’s scatter symbol (the Earth) grants you 12 free games when it appears three or more times. During these free spins, when one of the Fantastic Four members completely covers reel three, you will trigger the corresponding character’s mini-feature.

Mr. Fantastic Mini-Feature: Four extra free spins are awarded and Mr. Fantastic becomes an expanding wild, substituting for all symbols except the wilds and scatters.

Invisible Woman Feature: Four more free spins, and every time the Invisible Woman appears during said free games she expands your bet multiplier by one (meaning 4x your winnings on those four spins is the best possible result).

Human Torch Feature: Four extra spins as well, during which reel is covered and held by the Human Torch while the other four reels spin normally. The other members of the Fantastic Four do not appear during these spins, thus increasing your odds tremendously of hitting a big win.

The Thing Feature: Just three extra spins awarded, however every time The Thing appears during these he becomes a frozen wild, remaining in place for the remainder of the extra spins.

Finally, as part of Playtech’s Marvel line of pokies, this slot is tied to the Marvel Multi-Level Mystery Progressive Jackpot. This is actually four different jackpots, and entry to the jackpot game is at random, though the more you play and the more wager (obviously) the better your odds are. The game is a 4x5 grid of 20 hidden symbols, and you must reveal three of a kind in a given time frame/number of clicks to win one of the jackpots.

While you may be able to find it included in some online casino apps, an app isn’t truly necessary to enjoy the Fantastic Four pokie on your smartphone or other mobile device. In addition to being mobile-optimized, our Fantastic Four review team also enjoyed these things about this slot on small screens:

Why Fantastic Four Is Worth Playing