QUEEN OF THE NILE 2 Pokie Review

QUEEN OF THE NILE 2 pokie review

This is the improved version of the original Queen of the Nile game and the gamemakers have done a good job smoothing out previous issues. There are still several ways to multiply your winnings and mobile gameplay is clear and smooth. 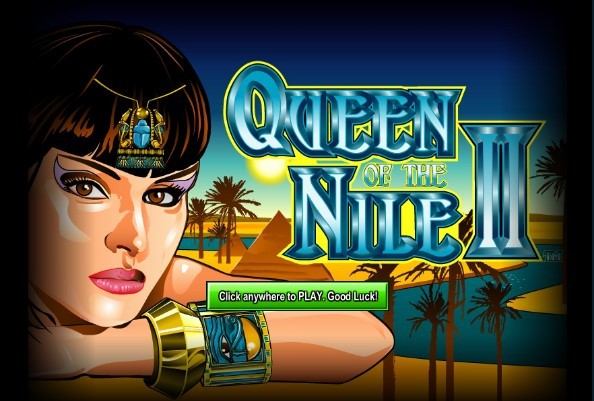 Whether it’s movies, books, or some other type of media, it’s not uncommon for a sequel to live up to its predecessor. In the pokie world, too, sometimes developers will simply rehash a popular pokie and put out a nearly identical game with just a few new graphics on it, then advertise it as something as completely new and exciting.

And while the second game (of three) in Aristocrat Gaming’s Queen of the Nile series doesn’t reinvent the wheel by any means, it improves upon what made the original (both online and the land casino version) such a popular pokie for thousands and thousands of players over the years. Read below in our Queen of the Nile 2 online pokies review to learn just what’s so special about the game’s free spin, gamble, and wild features.

A slight improvement on the original (but not too much) we couldn’t help but also give great overall scores in our Queen of the Nile 2 online pokies review.

Queen of the Nile 2 Key Features

The pokies.com.au team were most pleased by these five features during our review of Queen of the Nile 2:

This is a game for both low and high stakes players that is easy to play anywhere you are, with a smooth run on mobile devices thanks to its simple gameplay.

All the same great Egyptian-esque symbols from the first Queen of the Nile pokie are back in this sequel. As a reminder, they are the Sphinx’s head, a golden ring, scarab, the Eye of Ra, lotus flower, A, K, Q, J, 10, and 9. The wild is still Cleopatra who doubles any win she is a part of and can substitute for all symbols except the scatter (see why below in our Queen of the Nile 2 review).

For every spin you make on Queen of the Nile 2 you can choose just how many of the game’s 25 paylines you want to play on. The coin range runs from .02 to 4.00, which makes the Queen’s lowest possible bet .02 and the max 100.

The Queen doesn’t mess around with any fancy features (or even names for the feature that is here). This pokie is all about its ‘Free Spins Feature’, period. Three pyramid scatter symbols unlocks a screen where you can choose from four different free spin/multiplier bonuses:

Pretty simple, and more free games can be re-triggered during these free spins by showing three or more scatters yet again. As is typical with Aristocrat (and some other pokie makers), there is also a gamble feature where you can go double or quadruple or nothing in a simple pick em game after any real money win.

QUEEN OF THE NILE 2 current jackpot

Like many other Aristocrat pokies, Queen of the Nile 2 doesn’t have its own dedicated mobile app. That’s ok, because why download an app for one game when it can be found on the apps of many popular online casinos that offer hundreds of titles? Despite its age, QotN2 plays great on smartphones and tablets, and our Queen of the Nile 2 online pokies team especially loved:

Why QUEEN OF THE NILE 2 Is Worth Playing

Fans of the original Queen, but that want something that looks a little more modern (but not too much) ,will enjoy Queen of the Nile 2 and its simple gameplay.