The Sopranos is not currently available to play for free

Playtech, known for their Marvel pokies, did a good job turning The Sopranos into a pokie, though the graphics don’t hold up compared to their other games. That said, it is an excitement-packed game with unlockable features and crisp visuals that look good on a small screen, too. 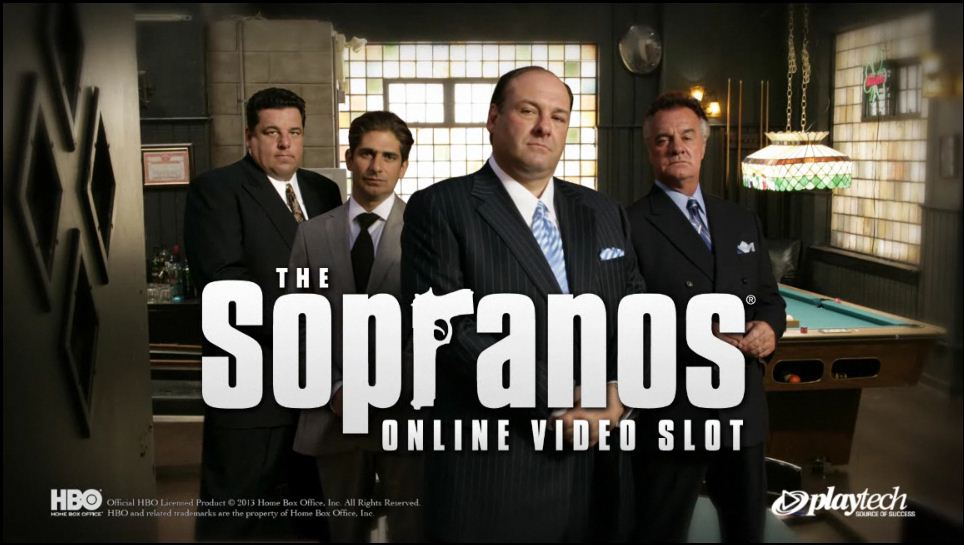 Playtech, one of the big name online pokie developers, is known for its Marvel superhero pokies, as well for their high-paying but more generic-themed pokies. When they secured the rights to create a slot based off of The Sopranos TV series however, they decided to go in a different direction.

That direction was making an entertaining, feature-packed pokie that was affordable to play, making it perfect for casual gamblers who are hardcore fans of the show. It’s more than just a pretty name-brand theme however, as we discovered while doing our review of The Sopranos.

For its large amount of features as well as how strongly it stuck to the series, our Sopranos review team couldn’t help but praise this pokie, even if it’s not the highest paying one on the block.

They say nothing is truly free (especially if it is coming from a Mob family), but in the Sopranos slot from Playtech, the family for whatever reason loves giving out free games and chances to win big stashes of real cash.

The features (among many) we liked most while doing our review of the Sopranos were:

Excellent for fans of the show, this is a game with multiple unlockable levels each with their own features and a wonderfully smooth mobile performance.

The basic game’s symbols are Tony, Paulie, Johnny, Christopher, Bobby and Artie and 10, J, Q, K, and A. The Wild Symbol is extremely lucrative and pays out 120x for showing five of a kind.

Three Soprano family scatter symbols begins the Crime Family Free Games, feature, which is more like four mini-features in one. These must be unlocked as you go along, with the first being the Soldier Free Games mode where you will receive 25 free spins (that more can earned of) and an extra wild. After that is the Capo Games mode which is 20 free spins and a multiplier between 2x and 5x.

The third is the Boss Free Games mode where you’ll receive only 10 free spins, however during those there will be two to five extra wilds floating around the reels that can earn you additional spins (as well as helping you earn real money payouts). Finally, the last level of the feature is the Family Free Games. Ten free spins are yours, but the catch is that the only symbols on the reels are wilds (which double in value here), scatters, and Family Members, meaning some massive real cash wins in the thousands are possible.

The group that did our Sopranos online pokies review had a long list of things to rave about in regards to how the game played on mobile:

Why The Sopranos Is Worth Playing

As you may have gathered already in Sopranos online pokie review, this pokie’s payouts might not bring you Tony Soprano-type fortune, but you still might feel like part of the fam given the special treatment you’ll receive from all the game’s bonuses. To be fair, those can still result in some decent payouts that we think all Aussie players (and Sopranos fans) will appreciate.